Marta Sanders, Shemekia Copeland,
and Will and Peter Anderson
Also Recognized Among the 15 Award Winners

The BISTRO AWARDS has been recognizing, encouraging, nurturing, and educating cabaret, jazz and comedy artists for 33 years through its insightful reviews and annual awards. It is the oldest award of its kind in the industry. It was established by Bob Harrington in 1985 in his "Bistro Bits" column in the trade weekly Back Stage, then under the editorship of Sherry Eaker. For the first few years, the awards were merely listed in Harrington's column as notable performances he had seen during the calendar year. The first formal presentation of the awards was held in 1990 at Eighty Eight's, a popular cabaret venue in the West Village. From there, the show moved on to The Ballroom in Chelsea, and then relocated to the Supper Club in the Broadway District, where it remained for many years. This year marks the 12th year at Gotham Comedy Club.

Bending Towards The Light … A Jazz Nativity

People of all faiths, for jazz fans and those new to it, young and old, return year after year.  The joy, love and camaraderie inherent in the show radiates throughout the audience.

The show was written and arranged by singer-songwriter Anne Phillips at the suggestion of the late John Garcia Gensel, “The Jazz Pastor” of St. Peter’s Church. The Jazz Nativity was premiered in 1985.

BMCC Tribeca Performing Arts Center, the longest operating performance venue in lower Manhattan, is dedicated to identifying, supporting and presenting established and emerging artists in a variety of disciplines, including music, dance and children’s theatre to the diverse Metropolitan audience.

On The Street Ensemble

“This program is supported, in part, by public funds from the New York City Department of Cultural Affairs, in partnership with the City Council.” These concerts, at the nation’s oldest children’s library, are sponsored by The Jazz Foundation of America and supported by
The Brooklyn Four Plus One, Inc. and The Brooklyn Public Library. 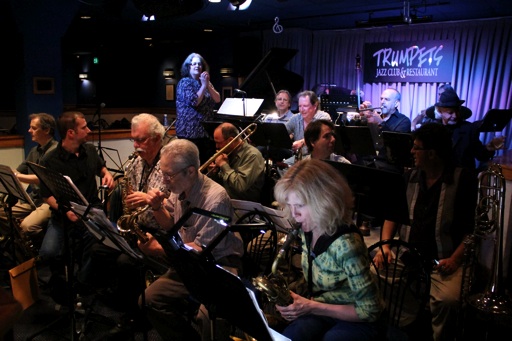 Everything about the big band...well not everything in the universe..but mostly everything is on my website.
I'm going keep posting, and have my band members write as well.
I think I mentioned Kickstarter thing...but I'm not there yet..I need to have a few conversations with key people first.

Here's what I'll be sending out in a week to my email list....and I'll create a Facebook event

"Diane Moser's Composers Big Band 20th Anniversary Concert" Featuring the music of their resident composers.Celebrating 20 years of developing and presenting new music for big band. Wednesday, March 22nd  2 Sets 8PM and 10PM$20 cover
Since 1997, Diane Moser's Composers Big Band has presented over 100 guest composers and guest performers.Their musical offerings have ranged from: straight ahead Jazz to Latin, Indian Ragas, Funk, Blues, Experimental and everything in between. Many projects have included poets, actors, electronics, film, Soundpainting and even a Jazz opera! Homage is paid to great composers of the past by playing the music of Charles Mingus, Oliver Nelson and Jaki Byard. The CBB is a dedicated group of musicians and composers who come together with the mission of exploring and going forward with big band music.
For more information please go to:http://dianemosermusic.com/ensembles/diane-mosers-composers-big-band/

Gary Lucas is an American guitarist who was a member of Captain Beefheart's band. He formed the band Gods and Monsters in 1988.

The Healdsburg Jazz Festival is a celebration of the indigenous American art form known as Jazz. Over the past decade-plus, the Healdsburg Jazz Festival has become a favorite local tradition with a growing national reputation. This 10-day festival of public performances by world-renowned musicians in diverse settings, including the historic Raven Theater, the glamorous Hotel Healdsburg, and several boutique restaurants and wineries, has grown into one of the North Bay’s most celebrated annual musical events. 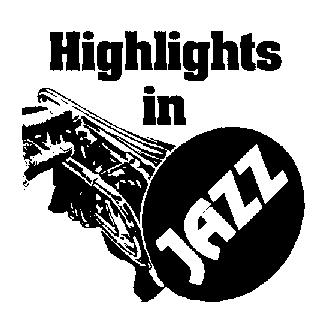 Vince Giordano and the Nighthawks

The Jazz Connect Conference, organized by JazzTimes and the Jazz Forward Coalition, will be held January 5-6, 2017 at Saint Peter's Church (at 54th & Lexington) in New York City and will lead into the annual APAP (Association of Performing Arts Presenters) Conference as well as Winter Jazzfest. Continuing the momentum from the January 2016 event which hosted over 800 registrants, the 2017 Jazz Connect Conference, with a theme of "The Family of Jazz," will feature a series of essential workshops, panels and events held over the course of two days. The Pre-Registration rate is only $145, until December 22, with additional discount of 15% offered to members of various organizations, including APAP, Chamber Music America, Jazz Journalists Association, JazzWeek, JazzCorner, ASCAP, BMI, SESAC and AFM Local 802.

For 26 years, the Jazz Foundation has been keeping jazz and blues alive by helping the musicians who have played with everyone from Duke Ellington and Billie Holiday to Jimi Hendrix and The Rolling Stones. We now assist in more than 5,000 cases a year nationwide.

Rare Jazz Films presented by film historian David Weiner, Ron Hutchinson, founder of The Vitaphone Project and Clip Joint a video presentation curated by Will Friedwald, columnist for The WSJ and author of eight books on music and popular culture.

Mid Atlantic Arts Foundation was established in 1979 to promote and support multi-state arts programming in a region that includes Delaware, the District of Columbia, Maryland, New Jersey, New York, Pennsylvania, the US Virgin Islands, Virginia, and West Virginia. Over the last 35 years, the Foundation has expanded its reach to include national and international initiatives. The Foundation’s work is focused on performing arts touring, jazz, independent film, support for individual artists, and international cultural exchang

Music on the Inside

Music on the Inside, Inc. works with professional musicians to bring the transformative power of music education, mentorship and hope to individuals who are incarcerated or facing the challenges of reentry.

A Westchester County landmark, this historic spot is a destination for live music & performing arts.

Paul Winter’s Winter Solstice celebrates the spirit of the holidays within the extraordinary acoustics of New York’s greatest Cathedral. This multi-media event features musicians, vocalists and the 25 dancers and drummers of the Forces of Nature Dance Theatre. A dazzling extravaganza of music and dance, these performances offer a contemporary take on ancient solstice rituals, when people gathered together on the longest night of the year to welcome the return of the sun and the birth of the new year. The event has become New York’s favorite holiday alternative to the Nutcracker and Radio City’s Christmas Spectacular.

Our Mission is to present a high quality annual Jazz Festival in Hudson County and make it available for free to the public.

Our goal is to build the festival into a major regional attraction that will benefit the community and local business and provide a showcase for a diverse range of Jazz-America’s greatest musical art form.

RiverviewJazz.Org was founded in 2013. RJO is a recognized 501(c)(3) non-profit organization.

The Django Reinhardt NY Festival was launched in 2000 and was the first-ever festival of its kind in America and established a home at the legendary club, Birdland, in New York City. 2017 will mark its 18th anniversary, and it's going strong.

The Bistro Awards: recognizing, encouraging, nurturing, and educating cabaret, jazz, and comedy artists for 30 years through our insightful reviews and our annual awards — the oldest awards of its kind in the industry.

The BISTRO AWARD was established by Bob Harrington in 1985 in his “Bistro Bits” column in the trade weekly Back Stage, then under the editorship of Sherry Eaker. For the first few years, the awards were merely listed in Harrington’s column as notable performances he had seen during the calendar year. The first formal presentation of the awards was held in 1990 at Eighty Eight’s, a popular cabaret venue in the West Village. From there, the show moved on to The Ballroom in Chelsea, and then relocated to the Supper Club in the Broadway District, where it remained for many years. This year marks the tenth year at Gotham Comedy Club.

The guidelines that Harrington set up for himself to determine the first winners have become the basic philosophy behind the Bistro Awards, which recognize achievement in a wide variety of categories — from outstanding performances to outstanding contributions by members of the cabaret community. The object is not to choose the “best” of anything of the year, but to recognize and congratulate the accomplishments of those who have done something special. Accordingly, categories can easily be created from year to year as they best fit the year’s distinguished work.

The Jazz Forum operates as a jazz club for weekend programming from March through our New Year’s Eve celebration each year.  During the summer months of June through August, the Jazz Forum will operate concurrently with the Jazz Forum Arts free outdoor Summer Music Series.

The club will present headliners throughout the year.  The Grand Opening featured Roy Hargrove Quintet and the first summer's artists include Lee Konitz, Paul Winter, Roberta Gambarini and Donald Harrison.

Once monthly on Saturday afternoons, we will offer workshops for students and music lovers of all ages with various artists from the spectrum of Jazz, Brazilian, Latin and World Music genres. 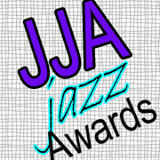 The Jazz Journalists Association is a non-profit organization dedicated to promoting the best use of media of all kinds --new and old, online and off-- to tell the story of jazz and develop new jazz audiences. The JJA conducts online training programs for new and veteran journalists and has also produced mini-conferences, panel discussions, "critics clinics," book signings and social events at jazz festivals, educational institutions and performance venues. The JJA sustains a mentorship program for emerging jazz journalists as well as networking and individual consulting services for all members.

The JJA Jazz Awards,  given annually since 1997, are awards for excellence in journalism as well as musicianship. Local "Jazz Hero" awards are also given to community jazz activists and local parties and meetups are held in many communities as part of the  yearly Awards celebration.

In October 2006, the Coltrane Family, the Friends of the Coltrane Home Working Committee, and several additional invitees important to the Coltrane legacy participated in a Visioning workshop. This event, coupled with additional follow-up discussions with Ravi Coltrane and others has provided the basis for the Vision and  Mission that follow.  Subsequent vision and planning meetings have expanded the educational component – called the Coltrane Legacy Education Project.

The Ridgefield Playhouse is a not for profit 501 (c)(3) whose mission is to present a variety of performing arts to the community and the surrounding area that they can enjoy and experience at a varied price point. The Playhouse presents national and local acts and is the cultural hub for the town of Ridgefield.

Located in the NoHo/East Village section of downtown New York on historic Bleecker Street, the Sheen Center for Thought & Culture is an vibrant new arts organization that presents over 75 events a year specializing in theatre, music, film, and thought. A project of the Archdiocese of New York, the Sheen Center complex encompasses the 270-seat Loreto mainstage theatre, a 90-seat Black Box Theatre, four rehearsal studios, and an Art Gallery. 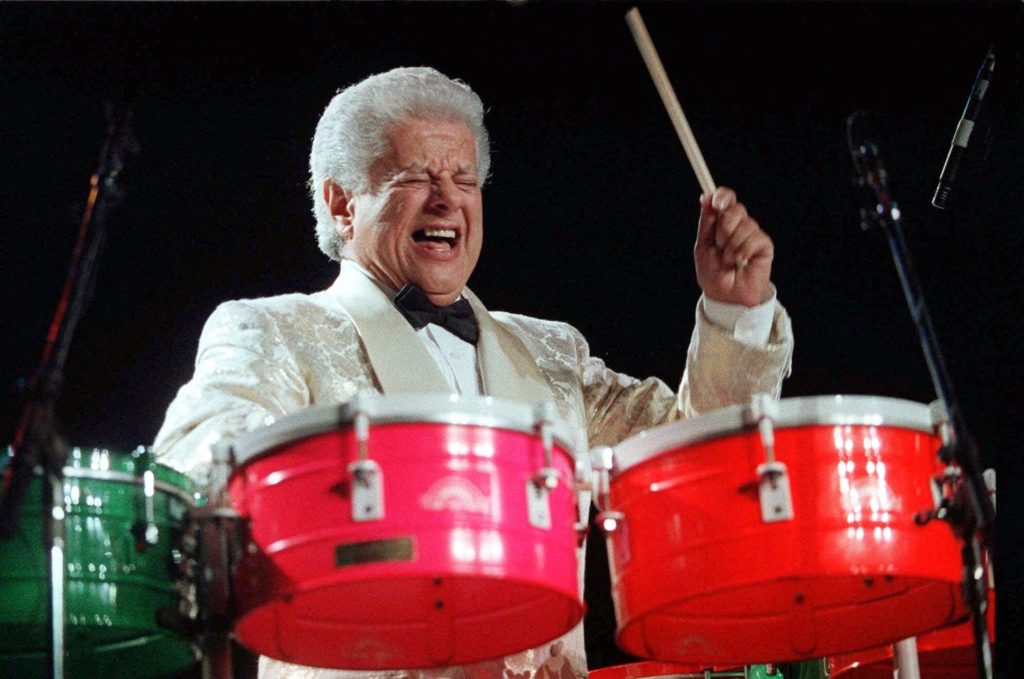 Tito Puente: A Fifty-Year Retrospective of ‘El Rey’ April 20 – 22, 2017 Hostos Center for the Arts and Culture

In the first ever retrospective of the life and legacy of one of the most important figures in Latin Jazz, The Hostos Center for the Arts and Culture announces “Tito Puente: A Fifty-Year Retrospective of ‘El Rey,’ a multi-day, in-depth examination of his career through concerts, panels, film, dance, and more. With support from the National Endowment for the Arts, the retrospective, under the artistic direction of former Puente musical director José Madera, Jazz@ Lincoln Center Orchestra bassist / composer / arranger Carlos Henríquez, and Puente historian and archivist Joe Conzo, Sr., will take place from Thursday, April 20 through Saturday, April 22, 2017 at the Hostos Center for the Arts & Culture at Hostos Community College, located at 450 Grand Concourse (at 149th Street) in the Bronx.

I greatly appreciate being on your emailing list and receiving all of the wonderful and exciting news from the jazz world that you regularly put out.