10:00pm: LOREN SCHOENBERG, Senior Scholar at The National Jazz Museum in Harlem, will present a listening session of recordings from the Bill Savory collection. Loren’s presentation will concentrate on recordings, including of Benny Goodman and Duke Ellington, which, due to estate restrictions, could not be included in the recently issued Mosaic 6-CD set.

WILL FRIEDWALD writes about music and popular culture for THE WALL STREET JOURNAL & VANITY FAIR (and reviews current shows for THE OBSERVER and Citiview). He also is the author of eight books including the award-winning A BIOGRAPHICAL GUIDE TO THE GREAT JAZZ AND POP SINGERS, SINATRA: THE SONG IS YOU, STARDUST MELODIES, TONY BENNETT: THE GOOD LIFE, LOONEY TUNES & MERRIE MELODIES, and JAZZ SINGING. He has written over 600 liner notes for compact discs, received ten Grammy nominations, and appears frequently on television and other documentaries. He is also a consultant and curator for Apple Music.

MARK CANTOR
With a vast archive of more than 12,000 films and clips, Los Angeles music maven Mark Cantor’s spectacular collection of jazz and blues performances is widely considered one of the world’s premier collections of American popular music on film.

This year, in addition to some vintage early talkie shorts and cartoons, Ron will discuss and present the recently restored 1930 Technicolor Paul Whitman feature, KING OF JAZZ. The beautiful restoration features Whiteman, Joe Venuti, Eddie Lang, Frank Trumbauer, Bing Crosby and The Rhythm Boys and pop tunes like HAPPY FEET, A BENCH IN THE PARK, RAGAMUFFIN ROMEO and I LIKE TO DO THINGS FOR YOU.

Special hotel room rate of $119 per night, Thursday through Saturday. Other discount rates available for seniors, government employees, and members of AAA, AARP and the military.

Or, to book online, use the following link for the special group rate.

Longtime Attendee of the Jazz Bash 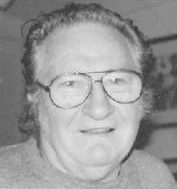 William “Red” Carraro, also known as The Jazz Hunter, was a Jazz Aficionado, well-known record collector/record dealer, and one hell of a Bass player too.